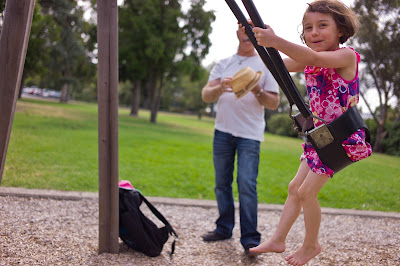 I live across the street from a lovely tree-lined play area, in Vincennes Indiana.  It was named for a young serviceman and local boy who was killed in Hungry, during World War 2.  His family donated the land to the city in his honor; it's known as Lester Square Memorial Park.  So many seasons have passed since that fateful day yet I recognize a great number of families here, enjoying time together.  What a beautiful gift for a beloved child.....now others nurture their loved ones while playing at Lester Square. 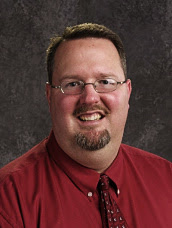 There are hundreds of student-athletes you guided, with a passion for their safety and success both on and off the field, the court, and the track.

Over the years, the steady support your school family relied upon and expected from you sustained them as a well-kept promise.

Time in the District was punctuated with passion to provide not only a great education but to instill life lessons for young people.

Friendships built, respected, and enjoyed we trust are relationships you'll long remember and value in the days ahead.

A nod of affirmation to the important mentors and educators who paved the way for you in setting important goals, and reaching them.

As Superintendent you ushered in a new era for Lawrenceville High School with honor and manifested the moment by welcoming the community to take its first, wonderful look
in June 2013.

To your family for their love and inspiration, the real heroes that make each day together a blessing.  Someone is always watching and learning from your example.  Best wishes in your new position and God speed.
~Rose West 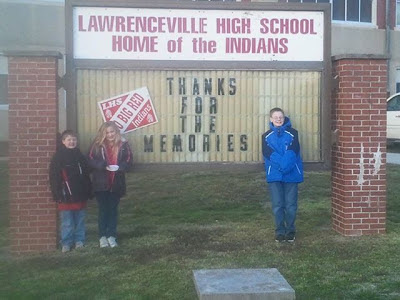 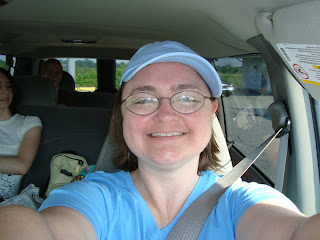 Reflections on the last day of School

For me, today felt like I was a senior experiencing her last day of high school. In the past few months, I have been so ready to leave and move on to the next thing. I can't wait to set up shop in that shiny new building across town. I have been so ready to LEAVE that today I was surprised to find myself sad and (sometimes) holding back tears.

I packed textbooks. I helped my husband box up some stuff in his classroom.  I talked and laughed with kids before they dug into exams.  I graded their finals and shared with them their successes.  The last student walked out of Room 16 this afternoon.

Before Mr. Fisher's retirement party, the staff had a brief meeting in the library. As Mr. Higginbotham talked to us about the move and other summer information, my eyes wandered around the library. It is by far my favorite room. The lovely woodwork of the bare shelves is striking. The moulding is exquisite. It is truly a grand room in a grand building.

I Was Worried About Her All Night! 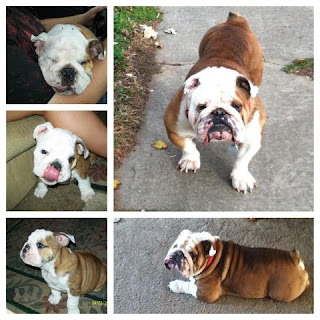 One of our staff members got an abrupt phone
call recently, and the pupils in the
after-school program were aware of it.
The message came at the end of the hour-long
session of Parkside NIGHT OWL tutoring.  All the
youngsters knew was that her husband called because he
was unable to find the dog after arriving home from work.


The next day we all learned that her beloved pet had died.


"We" meaning the adults on the staff.


At 3:30 P.M. that same afternoon when the NIGHT OWLS were lining up after snack, a child came up to me and put
his hand on my shoulder.  He looked to see if his teacher
was coming from the break room to get their group and
then quickly inquired,  "Is the dog OK?
I was worried about her all night."


He went on to explain, "I wanted to hurry
and ask you now.    If we say something in the
room, I don't want to hurt her feelings."

I was stunned.  Here was a child of nine who gently inquired
about someone he cared about showing an intuition and
concern that often are lacking in people twice that age!


I explained that the dog had passed away.


Hearing that he turned to the children and suggested
that they should not question her during class.  "If our
teacher wants to talk about it, let her bring it up.
OK?" His peers all nodded in agreement.


That child, that day, that insight is one of the
reasons why teaching kids is such an honor.
The photographs above are snapshots of the
beloved pet this family lost.
Our school is filled with special people,
don't you agree? 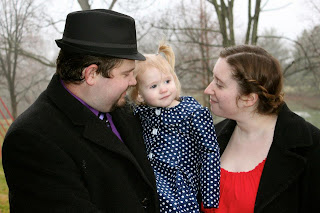 
"We all need to find humor in our day.  It's out there and is delightful."


April 1, 2013   Shopping at Fairway With a Stroller
By Dana Septimus, As featured in The New York Times 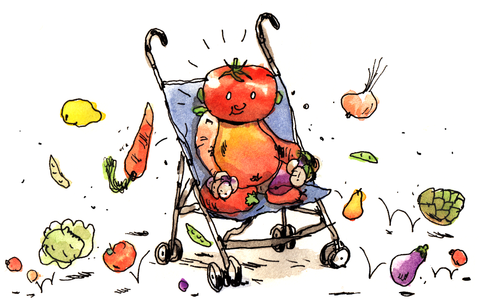 ~Victor Kerlow
Dear Diary:
I had just dropped off my young son at school and was using his empty stroller as a shopping cart, carefully negotiating the aisles at Fairway on the Upper West Side.

An elderly gentleman, who was walking by, bent to take a look in the stroller. He looked at the assorted groceries and, with a twinkle in his eye, said, “He doesn’t look at all like you!”


"The couple who own WAKO Radio are people I admire.  Keep tuned in, it's good stuff."


"Encourage kids to express themselves.  Putting events down in print is rich history."

Fourth Grade Days at Alice Smith
Ever Had a Teacher Who Kept You in the Palm of Her Hand?

If you had ever known Mrs. Brody, you'd remember her.  Oh what a tall, resolute, strong willed gal was she.  One could not help but notice her long, dark brown hair.  At least everyone imagined it was because we never saw her wear those locks loosely, or down.  Rather, she routinely swept that hair up in a bun atop her crown.  When I was a child female teachers were required to wear dresses or suits.  In fact pants were not allowed to be worn by any women on the school staff, including the secretaries, cooks, therapists, or our Principal.  We recognized that while Mrs. Brody's outfits were always clean, most were old, mismatched, or rather shabby.  Fall, winter, or spring time were all the same in that this woman was never without some sort of sweater.  Her glasses were always perched on her wide face in a rather menacing manner; to look at her one could imagine all kinds of uneasy things.  The lady was downright unpleasant to look at.

Mrs. Brody’s world was comprised of measured, exacting routines and her classroom was always  orderly.  Everything was in the proper place and therefore she was able to conduct lessons with few  interruptions.  None of her pupils could ever recall that she was ill or absent from class.  It was a fact; the expected and unexpected events of the day never deterred the woman.  She consistently reached out to her pupils, her parents, dealt with her Principal, and of course with her colleagues.  She was at school early and stayed late.  It was well known that Mrs. Brody graded all papers that were assigned to each pupil in red pen.  The evaluated work was promptly returned to her young charges for further corrections and she made it clear that all assignments were expected to go home for parents to see.


This lady handled both adults and children in a firm, direct manner.  Yes, Mrs. Brody was all business.  Everything about the way she created, conducted, and then wrapped up her lessons was meticulous.  Whether she was working one-on-one with a pupil, immersed in a small group reading lesson, or was up at the chalkboard giving extra practice to a child, we all knew this lady was squeezing every moment out of the day for kids.  Her conversations were pristine and few student comments or happenings ever escaped Mrs. Brody's ear or watchful gaze.  Likewise her opinions were presented quickly, especially if she felt that you needed that "necessary" word from her.  After all she was the teacher who was responsible for her pupils and their learning.


Well recognized in the hallways of Alice Smith Elementary was the fact that Mrs. Brody faithfully read to youngsters directly after lunch and noon recess.  The woman was a master storyteller.  Each book Mrs. Brody shared with the class “came alive.” Her students recognized that the moments she immersed them in a tale were the finest ones of the entire day.  Yes everyone, from the silliest acting girl to the most rough and tumble fellow who fancied himself a football star, they all looked forward to what she'd prepared to read aloud.  Her children dashed in from the playground, rushing from the far corners of the grassy field to the asphalt pavement in the school yard the moment she blew that whistle.  The shrill noise cut through the air, disrupting all play but it meant that recess was officially over.  It was time to line up and go inside, time for the story.  No child would dare ignore Mrs. Brody's summons because who would want to be late?  Indeed her pupils were eager to quickly settle back into the classroom so she could begin  reading.  The woman was captivating and from the moment she opening the book; Mrs. Brody had each and every listener right in the palm of her hand.

Later in the afternoon when lessons were over and the day was winding down, all her young charges knew exactly what to do in preparing to exit the building.  She expected them to promptly gather books, shoe carriers, coats, and personal belongings.  Mrs. Brody stood at the classroom door to see that everyone was prepared to leave the room quietly and swiftly.  There was no disruptive talk, no pushing, and personal items were rarely forgotten or left behind by her students.


Yet as each pupil walked past Mrs. Brody at the doorway of their small classroom, she embraced them.  Before they went past her into the hallway she quietly whispered “good night,” and sometimes gave them a wink. When any of the youngsters shyly responded “I love you” into her ear, she would always answer back, “And I love you too.”

It seems like just yesterday that we counted on seeing Mrs.

Brody,  that tall, stern but a loving figurehead at Alice Smith

Elementary.  You see, she was my fourth grade teacher; I was

Rosemary Ann Nelson back then.  Indeed I was one of the

youngsters in her room that needed an ordinary, safe, fair,

challenging, and enriching day.  My fellow classmates and I

longed to hear her read us stories  in those early

moments of school day, Minnesota afternoons.  She made an

important impression that remains with me now and